The gemstone of May: Emerald

Every month has its own gemstones as representatives. The month of May is represented by one of the most precious gemstones that are Emeralds. Its green colour has also gained the title of the "Gem of Springtime''. Twentieth and thirty-fifth wedding anniversaries are also represented by emerald gemstones. 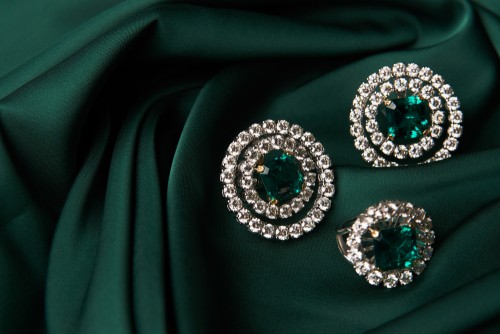 "Nothing greens greener," noted Roman author Pliny the Elder – Vesuvius in his encyclopedia. "There is no better technique of recovering their eyes than by looking at the emerald, its gentle, green colour calming and relieving their exhaustion and lassitude," he said, adding that the May birthstone had therapeutic powers that assisted gem cutters. The colour green improves tension and eye strain, according to science.

The earliest Emeralds were discovered in South Africa 2.97 billion years ago. Egypt has the first known mines, which date back to at least 330 BC and lasted until the 1700s. Cleopatra was known for her love of Emerald, which she wore in her regal adornments.

Presence of emeralds in Religion 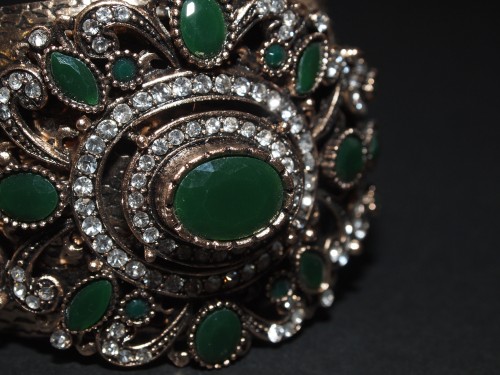 Emeralds have long been a part of people's beliefs and faiths all throughout the world. This is especially obvious in legends about emeralds from South America and ancient Egypt.

Aside from the continents of South America and Africa, the Indian subcontinent's religious scriptures frequently reference emeralds. The emerald on Vishnu's symbolic necklace, according to Fernie (1907), symbolizes the Earth and the magnetic centre of human impulses.

The use of Arabic script for decoration is a typical feature of ancient Islamic art. We have a lot of emeralds with Arabic writing inscribed on them. Quotes from the Quran, as well as exquisite floral designs and arabesques, were engraved on large emerald crystals from Colombia.

An emerald represents the resurrection, or birth, into a fresh and purer existence in the Christian faith. Emerald represents Christ's traits of kindness and goodness when applied to him. Emeralds are mentioned in the Bible numerous times. The stones representing Israel's twelve tribes, the foundations of New Jerusalem, the high priest's breastplate, and the twelve Apostles are all made of emerald.

Rabanus Maurus, Archbishop of Mainz, mentioned twelve apocalyptic stones in the late eighth century, and emerald is one of them. It is said to express the "power of faith in the face of hardship." God gave King Solomon four beautiful stones, including an emerald, according to Jewish legend, giving him authority over all of creation.

Emerald's mention in different religions shows how important its existence has been for a very long time.