Ruby and its mystical properties 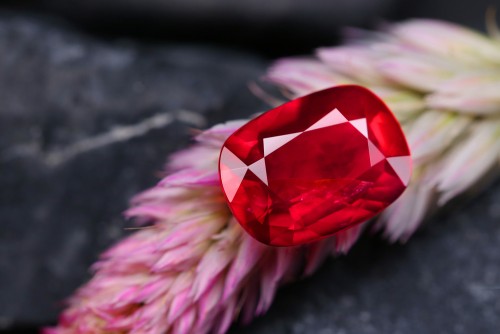 In the East, the ruby is characterized as "a drop of Mother Earth's heart's blood." The ruby is known in India as Ratnanayaka, or "Lord of the Gemstones." The ruby was dubbed the "King of Precious Stones'' and "Leader of Gems'' by the Hindus. They used to classify rubies into castes, which were similar to social classes. In terms of flawlessness and beauty, rubies were divided into three categories: upper class, middle class, and lower class. No inferior Ruby was allowed to come into contact with a superior one, much like today's exclusive country clubs and their upper-class customers, because it was believed that the inferior one would contaminate the superior one, reducing its magical abilities.

In India, individuals who offered rubies to Krishna's glory were guaranteed to be reborn as emperors in the afterlife. Light-coloured rubies are good for women, whereas darker rubies are appropriate for men, according to Hindus. For decades, elaborate ruby earrings have been a favoured jewellery choice in India.

Ruby is derived from the Latin word ruber, which means "red." It is the most popular gem among those in positions of power and those in love, evoking more emotion than virtually any other stone. Some ancient tribes believed that rubies and other jewels, like fruit, grew on trees. The rubies would start off as little white stones that would gradually develop and ripen, turning red in the sunlight. The ruby was ready to be harvested when it was saturated with a red hue.

The Bible and ancient Sanskrit literature both consider ruby to be the most valuable of gemstones. After any new ruby was discovered the Indian emperor used to organize a grand welcome for the king of gemstones. 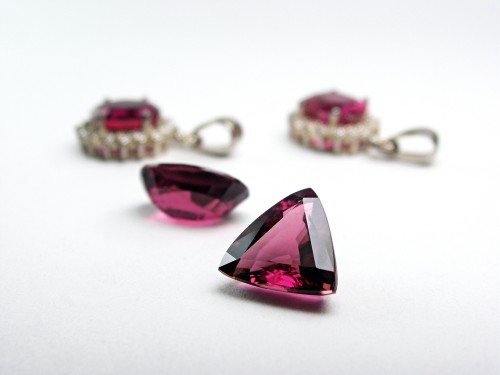 magical powers. The ruby was supposed to protect mental and

physical health since it was associated with the sun. Rubies were

once thought to be a stone of prophecy in the middle Ages. When

danger approaches, the stone is said to darken. Rubies,

according to Ivan the Terrible of Russia, are healthy for the heart,

brain, and memory. Powdered ruby was prescribed to treat liver

disorders in the thirteenth century. Rubies were supposed to be

anti-poison in the 15th and 16th centuries. They were also

supposed to restore youth and vitality when rubbed on the skin.

Rubies energize and balance the body, stimulate the heart

chakra, and inspire self-love, but never in an obsessive way. They

help in dealing with tiredness and hyperactivity. They heal fevers,

and illnesses, and stimulate blood flow by detoxifying the body.

They stimulate the adrenals, kidneys, reproductive organs, and

spleen, and are helpful for the heart and circulatory system.

Rubies are thought to boost motivation and goal-setting on an

emotional level. They aid in the retention of money and passion

by encouraging happy dreams and a clear vision. They also

encourage the development of dynamic leadership. They instill in

you a positive and fearless mindset, one that is smart, hyper-

aware, and focused. They strengthen you in times of conflict or

disagreement and protect you from bodily harm. Ruby is also

thought to be a dispute settler, with the ability to bring people

together. Ruby is a powerful stone that evokes passion and

enthusiasm, as well as sexual activity. Possession of this precious

gemstone is something to be proud of.