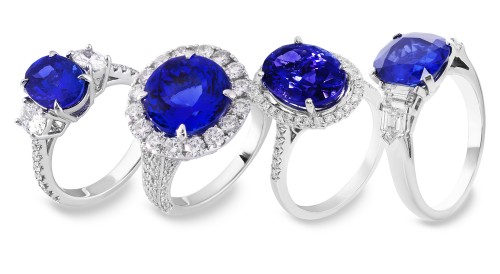 The blue sapphire, September's birthstone, which is really popular among the people was also one of the most desired gemstones even during the middle ages. This gemstone's beautiful blue tint represented heaven and drew divine favour and wise judgement.

When seeking answers from the oracle, the Greeks donned sapphire. Hindus used it during devotion, while Buddhists felt it gave spiritual enlightenment. Sapphire's protective properties were valued by early Christian kings, who used it in church rings. The Ten Commandments were thought to be carved on sapphire tablets by ancient Hebrews, but scholars today believe the blue gemstone mentioned in the Bible was lapis lazuli.

Between the late 19th and early 20th centuries, traditional violet-blue sapphires were mined in the Kashmir region of India. A sapphire from Kashmir set the world record price per carat for sapphire when it sold at auction for $242,000 per carat (about $6.74 million total) in October 2015.  Until Madagascar's sapphire reserves were discovered in the 1990s, Australia was a major supplier of sapphires. Madagascar is now the world's leading producer of sapphire gemstones.

Auguste Verneuil, a French scientist, invented a method for creating synthetic sapphire in 1902. Industrial applications for synthetic sapphire include integrated circuits, satellite communication systems, high-durability windows, and scientific instrumentation. When Britain's Prince Charles proposed to Lady Diana with a 12-carat blue sapphire engagement ring in 1981, sapphire became a symbol of royal love. When Prince William proposed to Kate Middleton in 2010, he handed her this ring. 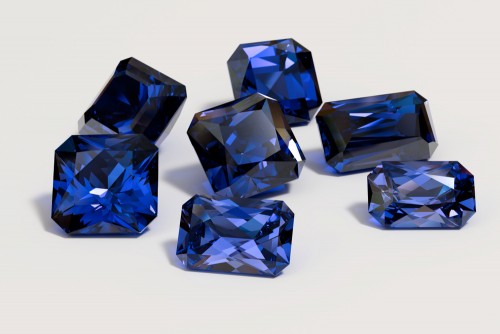 Blue sapphire has been a stone of great significance and is still going strong among gemologists and buyers because of its unbeatable power. It is a gemstone that can’t be beaten by any other gemstone when it comes to the most powerful mystical qualities. The extravagant history that blue sapphire holds makes it more desirable and everyone wants to possess it, but this super-strong gemstone can’t be possessed by everyone; in case anyone tries to possess it without consulting an expert astrologer their life can take a negative turn. That’s why it is always advised to wear gemstones after consulting an astrologer because they are not just some shiny stones, but they hold such great power that can even outshine their own light.